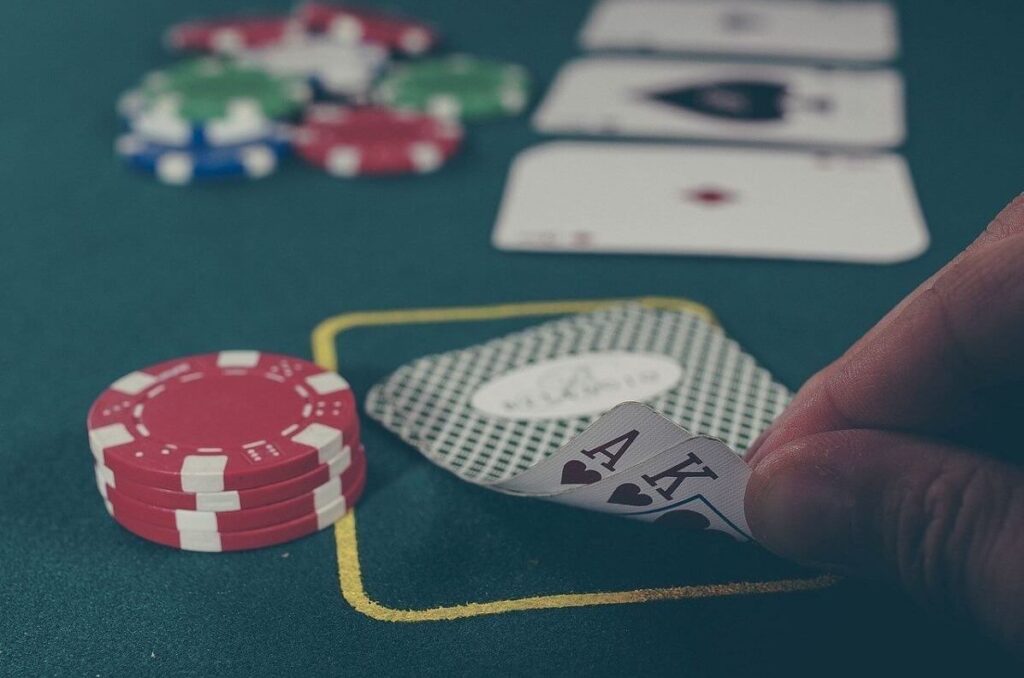 If you are just starting out in the world of poker, it is very likely that you have heard the terms rake and rakeback, but you are not quite clear on what they consist of. Here we explain what rake and rakeback are in poker and how professional players take advantage of them efficiently.

What is rake in poker

The term rake is quite simple when you have it clear. Basically it is the commission that the house charges you, whether it is a face-to-face casino or an online poker house.  The rake is the main means of obtaining income for the bookmaker and is a percentage that can range from 2.5 percent to 10 percent, and is usually applied to the different hands that reach the flop.

In this way, the player who wins the pot pays the commission or rake, automatically, when the house deducts it from the plot or pot. It is important to note that the rake charged in live casinos or poker games is usually higher than the rake charged in online games or tournaments.  If you are interested in playing online poker safely and responsibly to improve your game and become a good professional at  HabPoker you can find many interesting options to have fun playing and become an expert. Similarly, the rake charged in online games with low bet limits is usually higher than that charged in games with higher bet limits. The rake is normally applied to free or cash tables, and if they are tournaments, it is charged as a fixed and unique commission for participating in the tournament.

What is rakeback in poker

On the other hand, rakeback is a form of “thank you” from physical or online poker houses where they return a percentage of the rake that you have generated. In this way, providers calculate rakeback using three different methods.

The first is contributed rakeback, which is basically a percentage of the money you actively contribute to the pool on each game.  For example, if you bet ten euros in a hand and the poker room takes a euro of rake, if the rakeback is twenty five percent you will receive 25 cents back.

The other method is spread rakeback which is returned to all players who receive a hand. In this case, if for example you are at a table with four other players and the fund reaches 100 euros, the poker room will have 10 euros of rake and will return, with a rakeback of twenty-five percent, 2.5 euros divided by the four players. It is usually the best alternative for players who play fewer hands.

Finally we find the progressive rakeback.  It is a mix between the two previous options where the percentage of rakeback that we receive will depend on the number of hands that we play or the rake paid. In this way, if we are very active players and play fewer hands, our percentage increases. The more rake we generate, the more we will recover. In this way, multiple and frequent players have an advantage over casual players.

If you still haven’t got it right, because the concept of rakeback is always a bit more complex, you should understand that it’s basically rake back, but with conditions. Poker houses use it as a kind of marketing policy to attract and retain their customers,  returning the rake in the form of “thanks” for their loyalty and participation in their poker games and tournaments.

In this way, as we indicated above, the contributed rakeback method basically takes into account the money with which we have contributed to the pot to calculate the rakeback that will be returned to us from the rake that we have generated. Shared rakeback, also popularly known as dealt rakeback, returns equally to all players participating in a hand and therefore favors the most stable and secure players, as well as those who participate in few hands.

Finally,  the progressive rakeback, also called rakeback average contributed, is a mixture of the previous ones that calculates the rakeback that the house will return to us, taking into account the rake paid or the number of hands played.  With this type of rakeback, professional players who play frequently at many tables can make the most of this return compared to casual and inexperienced players.

In this way, if we really want to make the most of our poker games and become professionals, we should not only take into account beating our opponents, but it is essential to develop efficient strategies to recover the costs of rake or the commission of the poker house, so rakeback is an interesting concept that professional or regular players should take into account. In order to get the best possible performance playing poker, experts recommend always looking for poker houses that allow us to pay less rake, but at the same time offer us a great rakeback.

As an interesting fact, it should be noted that in some countries the collection of rakeback is currently illegal, since according to the regulations of these states, rakeback is considered a form of advertising that is designed to deceive players, and that can even contribute to the development of pathological gambling or gambling dependencies.