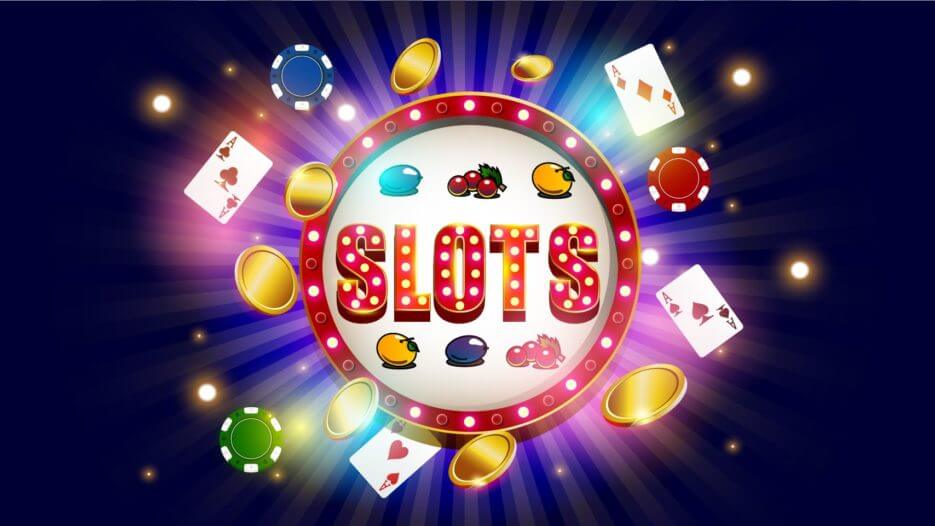 Slots: Rules and How to Play

It is easy and entertaining to play slot machines. The free game versions help to get to know the principles and particularities of the games and hardly differ from real money slots. Today, slots are very varied, you can choose video games to any taste. Machines from NetEnt, Yggdrasil, BetSoft and other modern manufacturers offer high-quality graphic effects, jackpots and various bonus games. Slots from Novomatic, IGT and EGT will be more suitable for fans of traditional gaming and high volatility. Tecnobetting will generalize the rules and explain how to play online slots.

How to play slot machines

Playing slot machines does not require in-depth study of the rules or obtaining any special skills. The algorithm of the game is simple to master and understandable for beginners. To play you need to read the game rules, set the main parameters and spin the reels.

The game conditions are entered through the adjustable parameters. As a rule, they are the number of active paylines and the size of the bet per line. In some slot machines an additional adjustable feature is the value of the game currency (coins) in credits.

Most slot machines offer two ways to trigger reel rotations. The classic spin mode is activated by clicking the start button (Spin or Start). Auto mode involves a series of turns that are activated automatically. During auto play the setting of bets, number of lines and coin value is not available. In some slot machines the automatic mode also blocks the risk game function.

Slots stand out for the simplicity of control. Contemporary slot machines offer high jackpots, interesting bonuses and detailed graphics. They work on common principles, but each machine requires a different game strategy. Due to the random number generator there is no strategy to win at slots. You can only determine the balance and time limits that are spent when playing the machine. Next we will analyze how to play slots.

The contemporary gaming machine is made up of:

All gaming machines work on the basis of the random number generator. It is a chip that is inside the slot machine or is a part of the machine’s program. Every second this chip forms hundreds of random numbers. Random sequences determine the symbols that appear on the reels. The combinations are generated at the same moment when the player presses the start button.

The slot machine interface is made up of the following elements:

The interface depends on the manufacturer and model of the slot machine. For example, mobile slots are geared towards touch screens and don’t have many buttons.

On the reels there are prize lines or pay lines. At the end of each spin several different symbols appear. When identical symbols land on a payline, a winning combination is formed. There are also slot machines without pay lines. Symbols are placed consecutively on adjacent reels. These slots stand out with the inscriptions on the game screen: 243 (1024) ways to win.

The player must determine the value of the bet and spin the reels. The total bet per spin is usually determined by one or several indicators given below:

Many slots only offer to change the total bet. They usually have the fixed number of pay lines. After placing the bet the reels spins start. Most slots offer two buttons: Spin or Start and Autoplay. The first is used to spin the reels only once. The second activates the automatic spins mode and the reels are rotated independently. Autoplay mode is risky because it is not easy to control the balance spent.

Symbols and prizes in slots

The gaming machines form combinations of symbols. To get the prize it is necessary to collect several identical symbols on the pay lines. The pay lines are schemes indicated in the machines or combinations that provide prizes.

The average number of symbols on the reels is 10 to 13. The symbols can be classified into ordinary and special. Ordinary symbols form combinations that carry prizes. Special symbols are images with additional functions. Among these are:

Wilds substitute for other symbols, completing combinations that would not be formed in the absence of matching symbols. Wilds often have prize multipliers or have special features. There are “sticky” wilds that stick to the game screen. There are expanding symbols that cover multiple cells or the entire reel. Therefore, they offer more chances to win a prize.

Scatter is the symbol that guarantees a prize regardless of the position on the game screen. It does not have to appear on the checkout line. Usually these symbols carry free spins, re-spins and other bonuses.

How to calculate the prize in the slot

Winning sequences are described in the paytable. The game screen has a button or link used to open it. The table shows the list of prizes or coefficients for certain winning combinations. Also, it shows the special symbols and bonuses. Combinations are classified into profitable and unprofitable. The prize for the most profitable combinations can considerably exceed the bet.

Each manufacturer creates its own scheme for calculating earnings. The most common scheme is to multiply the bet per line by a certain coefficient. Some manufacturers are based on the value of the coin or the level of the bet, such as the company Tecnobetting. Many developers do not indicate payout coefficients in the table, but credit awards based on the corresponding bets.

Bonuses like “pick-me” offer to select various items and receive a reward. Usually the rounds are related to the theme of the slot. For example, the bonus games on slots dedicated to Robin Hood often offer multiple shots on target.

The risk round is a game that allows you to double the prize per spin 2 times or more. Triggers after every beneficial spin. The most common type of risk game involves guessing the color and/or suit of the card. Many slots contain the ladder type risk game. It is shaped like a pyramid with blocks that are flashing. The button needs to be pressed at the moment, when the block with the highest value is illuminated. So, the player will receive a higher prize.

Among other types of risk game there are even or odd and red or black. In any case, the correct answer doubles the prize. The wrong answer will void the winnings and start the main game.

Additional parameters that may be useful to players are the machine’s volatility and return percentage.

Volatility characterizes the frequency and amounts of prizes awarded to the player. Low volatility slots offer very frequent but not very high rewards. Normally, the prize per spin does not cover the value of the bet. High volatility slots pay out infrequently but they are high. Almost always the prize reimburses the expenses. Depending on the type of volatility, the strategy to play the machine is chosen. It is important to select the value of the bet that does not cause loss before winning a good prize.

The RTP is the theoretical percentage of return. Shows the percentage of deposits in the slot will be returned to the player in the long term. The RTP does not guarantee the return of the balance to a specific player. This indicator shows only the total amount of the balance that will be returned by the slot machine. However, the higher the percentage, the more chances the player has to win a prize. Contemporary slots have the RTP of 92% and more. Typically, volatility and RTP are displayed in machine descriptions offered on information portals. Some manufacturers indicate the percentage of return in the payment table.

The first slot machines appeared at the end of the 19th century, were quite small in size and included a slot into which coins were inserted, a display area where symbols could be seen to spin, a panel showing combination prizes and a small dispensing tray from which the prize was collected. To operate these machines, players had to pull a lever located on the side, thus making the reels spin and for this reason the term “one-armed bandit” began to be used. The first slot machine in history was created by Sittman and Pitt in New York and was based on a poker game that used playing card symbols to create winning hands that rewarded with beers or cigarettes.liberty bells ) and winning combinations awarded cash prizes. These machines became so popular that the level of demand was greater than the level of production. Later models used fruit symbols and were often referred to as “fruit machines”; to prevent developers from being prosecuted under anti-gambling laws, they rewarded players with gum or fruit-flavored chips. At Neon Slots you can play free old slot machines in their virtual versions without having to pay coins.

Since then, the technology and mechanics have changed radically and already in 1976 the developers of the Fortune Coin Company produced the first screen video slot. The first two-screen video slot machine (the second one is for the bonus game) appeared in Australia in 1994 and WMS Industries developed the first one for the US market in 1996. It took a while before players began to accept this type of machine , as they were used to seeing the real reels spin, but more game creators began to produce this type of slot machine and today they are already a constant in all physical casinos. To learn more about the secrets of slot machines, their myths, how to play and much more useful information read our articles.

Slots Tricks and How to Win at Slots